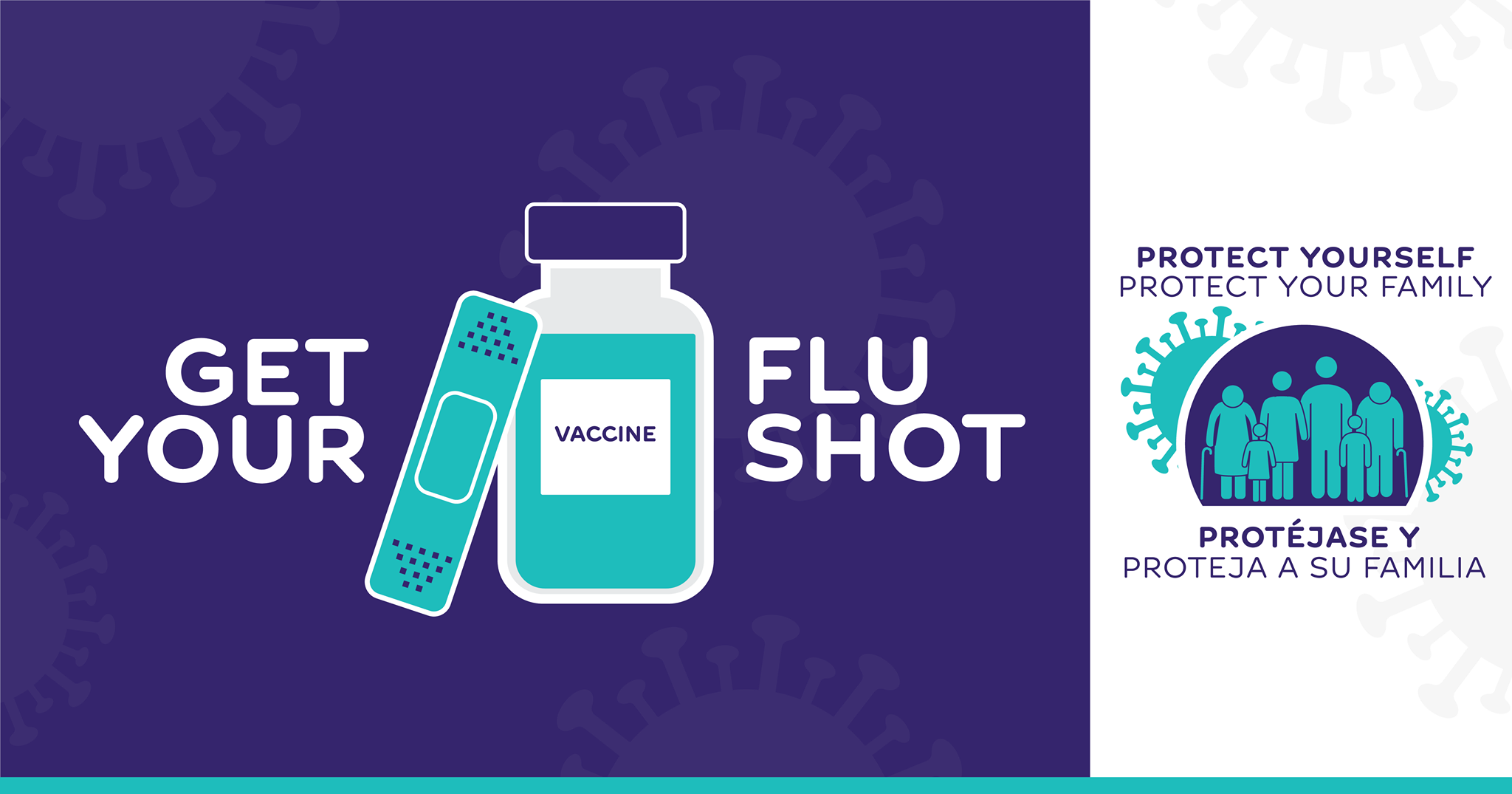 During this pandemic, a flu vaccine is more important than ever.

Flu season is here. Everyone six months and older should get vaccinated as soon as possible. Getting vaccinated now helps protect you all flu-season long.

You need to get a flu vaccine, even if you got one last year. Flu strains change every year, and so does the vaccine.

The flu and COVID-19 are similar in many ways, and the same healthy habits can help protect you and your family from both.

Where to get vaccinated

If you’re insured or have MAP, call your doctor to schedule your no-cost vaccination.

You can also use the Vaccinefinder website to locate nearby locations.

More About the Flu

Facts About the Flu Vaccine

Fact: The flu vaccine contains inactive virus that cannot cause infection. It is common to experience some symptoms unrelated to the flu virus, such as tenderness or redness in the area where you received the vaccine. People who experience flu symptoms were most likely suffering from an unrelated upper-respiratory sickness or were already infected with the flu when they received the vaccine.

Fact: Influenza is a serious disease that can lead to hospitalization and death, especially for high-risk populations such as infants and the elderly. Each year, the flu kills between 3,000 and 49,000 people in the United States and sends about 200,000 to the hospital.

Fact: The flu vaccine is safe. Severe side effects are rare. One in a million people may get Guillain-Barré Syndrome (GB S), which cause muscle weakness and paralysis.

Myth:  I had the vaccine and still got the flu, so it doesn’t work.

Fact: Several flu viruses are circulating all the time, which is why people may still get the flu despite being vaccinated – since the vaccine is specific to one strain. However, being vaccinated improves the chance of being protected from the flu. This is especially important to stop the virus from affecting people with vulnerable immune systems.

Fact: It is especially important for pregnant women to get the flu vaccine since their immune systems are weaker than usual. The inactivated flu vaccine is safe at any stage of the pregnancy.