No foolin’ we’re getting Austin moving. Join the Mayor and the City of Austin, as they begin the 2016 Million Mile Month®

AUSTIN (March 29, 2016) – In celebration of Million Mile Month everyone is encouraged to begin his or her fitness journey of 10,000 steps starting April 1.

Austinites know it’s easy to start but how do you continue to be active when life gets busy? Austin’s own, Million Mile Month may have the answer. This growing nonprofit has partnered with the City of Austin as a call-to-action to adopt a healthier, more active lifestyle, walking, running, biking, dancing and any other activity.

To get things started, rain or shine, Steve Adler, the Mayor of Austin, and several local dignitaries, including Senator Kirk Watson, will be kicking off this year’s Million Mile Month at the Austin City Hall Plaza, 301 West 2nd St., at 10 a.m., April 1. Then join us after the ceremony as the as Austin Parks and Recreation Department will lead us in a walk to kick off Million Mile Month.

The Million Mile Month challenge allows participants to start that journey and ultimately complete one million miles of physical activity, together as one community, during the month of April each year. In 2015, over 20,000 participants including the employees of the City of Austin and over 60 organizations have used the free online tracking tools to form the lifelong habit of activity. The program encourages people to exercise in a way that is fun — individually, or as part of the corporate wellness challenge — and log their activity to track personal stats and contribute to the community-wide goal of 1 million miles. In fact, during April 2015’s Million Mile Month, participants from 48 states and 13 countries logged over one million miles and 35 million minutes of activity.

Need a little extra motivation? All active participants have their chance to win prizes, such as a stand-up paddle board to gift cards to fitness trackers, and much more.

Dignitaries in attendance will include: 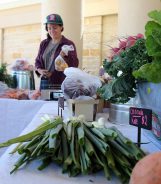